Hello, Recently we discovered that a lot of users have reported this unknown folder called “REMPL” on Windows 10. REMPL is an installed file that contains other program files. Several users have found it suspicious because it is the creation of a third party and it gets installed on Windows 10 without any permission of the users.

When the Rempl gets installed, it also lets other applications run without any permission of the users. Some users have also observed that it automatically wakes up their PC. It sounds alarming, especially if this is your first time facing this issue.

Usually, there are some folders and files that help Windows 10 Updates to make sure that any updates rolled out by Microsoft as future or feature updates are installed on your computer without any problem.

It can be found only in a few Windows 10 computers. This folder contains an automated troubleshooting tool that’s deployed only on those computers which report issues during the installation of the recent update of Windows 10. When it happens, this special package automatically gets downloaded by Windows 10. Then it tries to find the reasons for the issues and fix them.

Pros and cons of Having REMPL Folder

If you wanna check if REMPL is installed or running on your PC, Just open your task manager by pressing the CTRL + Shift + Esc on your keyboard. It usually processed by another program file titled “sedsvc.exe“. If not, then some other executable files can also process the Windows Remediation Process.

Since REMPL troubleshoots Windows 10 automatically, It also has some pros and cons.

Should User Fix It?

If you are alarmed that some suspicious changes might happen, you should prevent it. REMPL might not harm your device because it does not collect any personal data. But, it can be an issue in some cases like when the Windows Updates automatically gets enabled.

How to Fix it

If you are facing this issue and want to fix it. You can fix this issue just with the help of some guidance or by following the few and simple steps on your PC. So just scroll it down and apply one of the methods given below:

Method 1: Disable the process of the Windows remediation process

Step 1 Firstly Press the WIN + I on your keyboard.

Step 2 Do click on Apps and Features. Once it gets open, you will see the list of programs.

Step 4 Then do Click on it and select uninstall.

Note that this method can be done in some other ways as well but the result will be the same.

Step 1 Press Win + R simultaneously on your keyboard (It will open the Run dialog box).

Step 2 Then type services.msc in the Run dialog box and press Enter or click ok.

Step 4 Once you locate them do Double click on Sedsvc or the Windows Remediation Process to open properties.

Step 5 Now do click on Stop to stop its process.

Step 6 Then change Startup Type from Enabled to Disabled on its drop-down box.

Once you apply this method, it will stop Windows Remediation Services running on your Windows.

Step 1 Press WIN + R on your keyboard. Then type taskschd.msc and press Enter.

(It will open the Task Scheduler program.)

Step 3 Find the Shell task on the right side and select it.

Step 4 Now press the Delete key to delete it permanently. It will also get removed from the list.

I hope this article was informative enough to help you fix this issue of rempl. If your issue is still not fixed then you might have done something wrong during the procedure. So I recommend you to read this article again and follow all the steps carefully.

If you have some other queries or suggestions to make, feel free to comment down below. 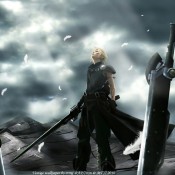